It's been 29 years since Larry Levan passed

Posted by ExpatMichael at 11:55 AM No comments:

HOW DID I NOT KNOW ABOUT THIS UNTIL TODAY? Den Harrow Vs. Tom Hooker Dons of Disco 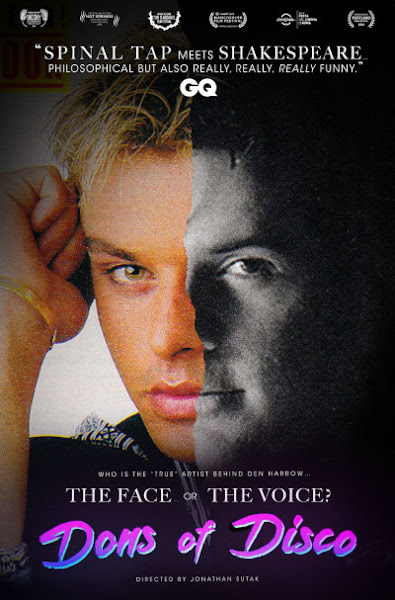 Posted by ExpatMichael at 5:23 AM 4 comments: 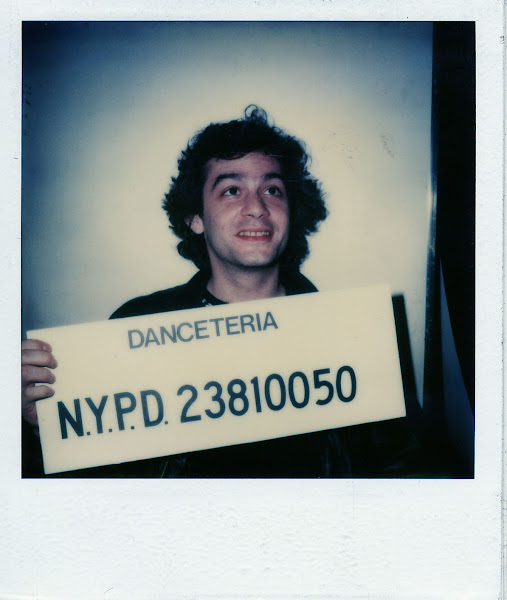 Mark Kamins was my biggest ally on the N.Y. club scene.  For us it was like love at first sight (not the sexual kind).  He instantly had me hanging out in the booths wherever he spun.  He always encouraged me with my looks and we adored each others energy.


When Mark took me to Tokyo for the opening of Club Gold as a representative of New York Nightlife I was overjoyed.  But as you can see from the Project X magazine above there were haters. 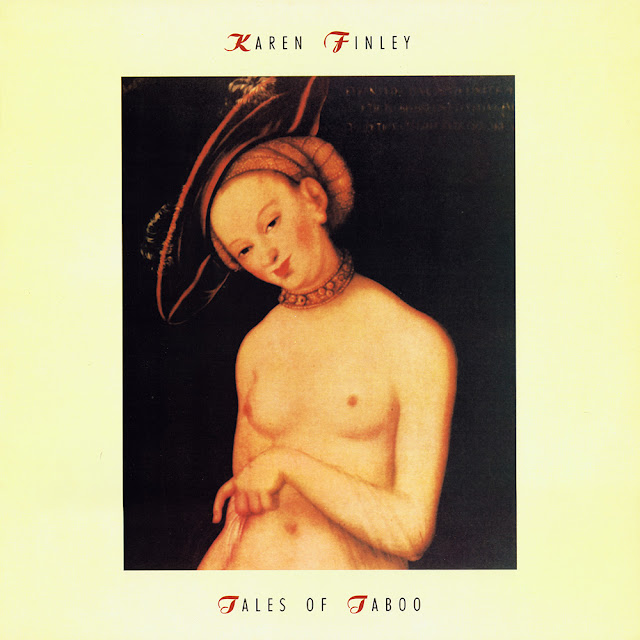 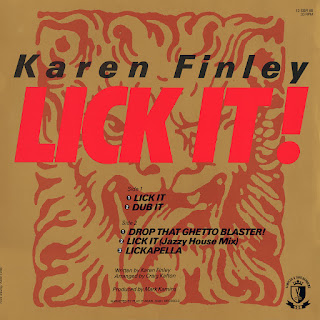 I totally associate Mark Kamins with Karen Finley.  Not only did he produce her controversial records but he co-wrote them.  And did he ever promote them!  Mark's dj sets for years always featured a bit of the nasty Karen Finley accapella's.

Then she was featured in the film Mondo New York and got famous for the huge court case with the NEA. 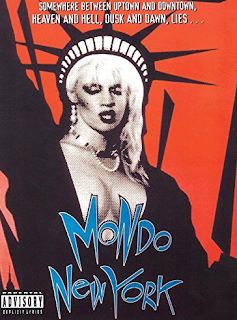 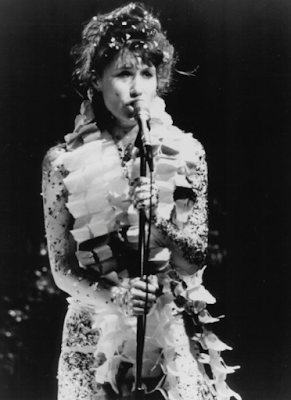 I used to love singing along to Tales of Taboo, "let me tell you how I take the yams...."  OMG what joy did I get out of that record!  What memories.  EXTENSIVE KAREN FINLEY ZIP 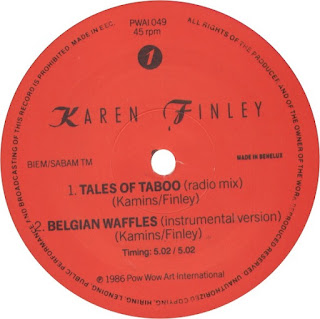 Mark was the official d.j. for one of my best friends fashion shows Manolo Ready Couture.  Here he is at one of the shows. 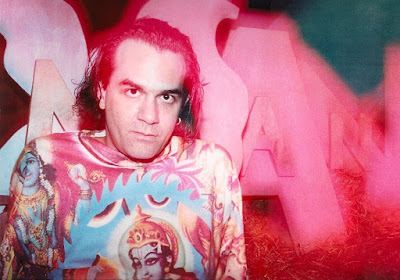 And here he is at the tree trimming party in my loft in Tribeca circa 1992.  Note the top of the tree.  It's my crown from the year I won the King of Manhattan competition at The Limelight in 1991.  I love this picture of Mark becomes it so captures his energy.  Even though he was spinning at my party he always found the time to be part of the party too. 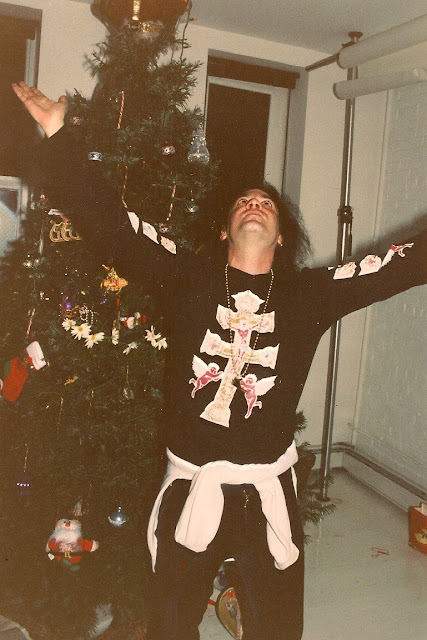 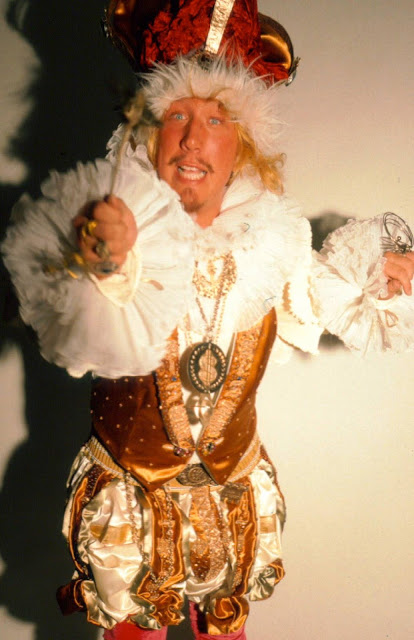 Don't let anyone ever tell you that I have never suffered from delusions of grandeur!
Posted by ExpatMichael at 10:13 AM 2 comments:

GRACE JONES SIGNATURE SONG WAS NOT ORIGINALLY HERS

The vocalist for La Vie En Rose was meant to be Teresa Wiater.  Produced, arranged and remixed by the mighty Tom Moulton in 1977 it has become one of the definitive disco re-make classics.  His muse Grace Jones knowing a good thing when she hears one convinced Tom to give it to her.  The rest made history as it crossed over to pop all over Europe and other parts of the world. 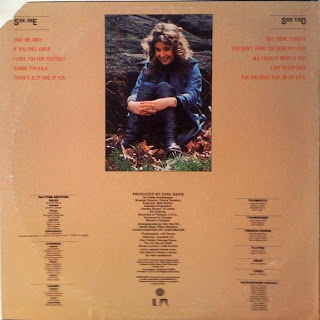 Teresa unfortunately fell into the depths of obscurity.  Although she managed to have one minor disco hit in 1979 with Once and For All.  Grace on the other hand..... 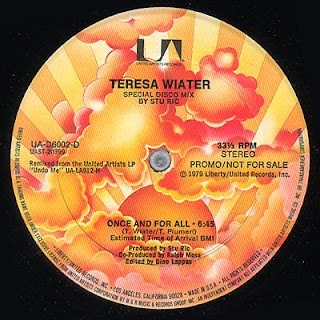 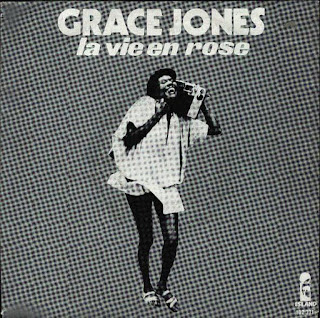 So which version is better?


And for those of you curious about the Edith Piaf original from 1945.


For fun in the zip I threw in the Nancy Martinez version.  She's a chanteuse from Montreal who had a few cute dance hits in the 80's under several different monikers.  LA VIE EN ZIP 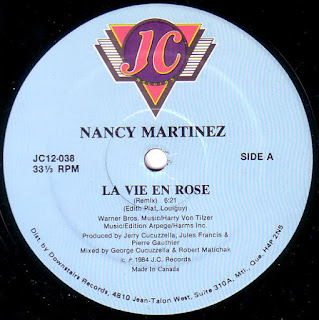 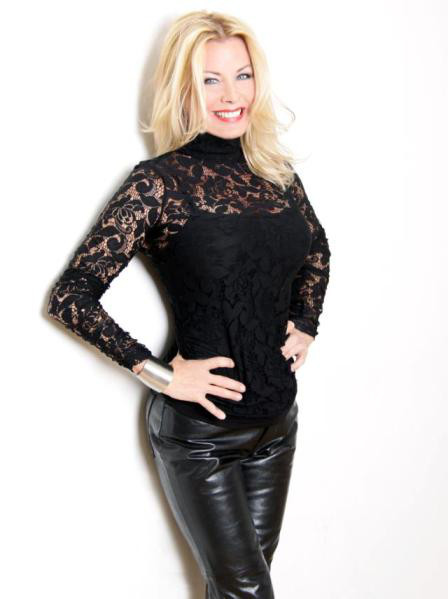 Posted by ExpatMichael at 9:07 AM 4 comments:

USE MY LINK PLEASE

New Counter as of December 2013 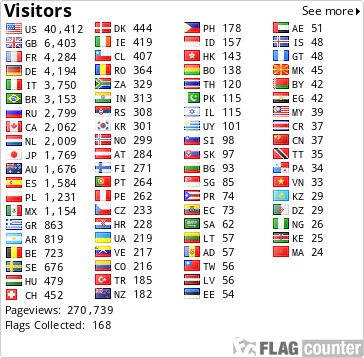 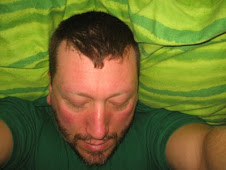